Hornbills of the World: A Photographic Guide is hot off the press. Authored by two international hornbill experts (Thailand’s Dr Pilai Poonswad and South African’s Dr Alan Kemp) together with Singapore based bird-book writer (Morten Strange), it is published by Draco Publishing and Distribution Pte. Ltd. and Hornbill Research Foundation. The 212 pages paerback (ISBN: 978-981-07-3528-9), priced at S$62 is available at Natures Niche LINK.

The last monograph on hornbills was published in 1995. Authored by Alan Kemp, The Hornbills, Bucerotiformes was brought out by Oxford University Press. This much sought after monograph is now out of print.

The current monograph, Hornbills of the World: A Photographic Guide, is long overdue. The more than 400 colour photographs of these birds that illustrate the book were all taken in their natural environment, except for two that were taken in captivity. These have been reproduced in glossy format that brings out the richness of the colours of these spectacular birds. Many of these photographs show the birds in their various behavioural activities like feeding, nesting, roosting, etc. These photographs were sourced from 62 world-class nature photographers that include Dr Tim Laman of National Geographic fame.

Covering 15 genera, 57 species and 75 subspecies from the two families of hornbills (Bucorvidae and Bucerotidae) that come from Asia (32 spp.) and Africa (25 spp.), the book is virtually an authoritative photographic guide to every species of hornbills found in the world.

The first part of the book consists of chapters dealing with general information, from distribution and how the different species relate to one another to their general habits that include their feeding and breeding ecology. I am particularly fascinated by the species that follow other animals to take advantage of the insects that the latter disturb by their movements. These animals include different species of birds, mammals like mongoose, squirrels, monkeys, and army ants.

The second part, which takes up the main bulk of the book, is the species account. Headings under each species include its taxonomy, distribution, description, ecology and habit, breeding ecology and status. This section is just as lavishly illustrated.

A final chapter discusses the threats these spectacular birds face in their native countries and the efforts made for their conservation.

The book is much more than a photographic guide. Without doubt the many colour photographs help readers to easily identify the species and subspecies, to differentiate the male from the female and to relate to the different bahaviour patterns of these hornbills. However, the detailed information of the species, written in simple language, together with the many photographs, make the book an invaluable resource for nature enthusiasts, birdwatchers and ornithologists alike. 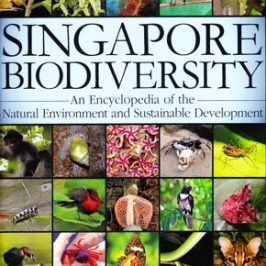 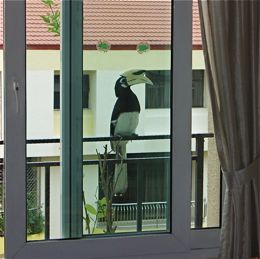 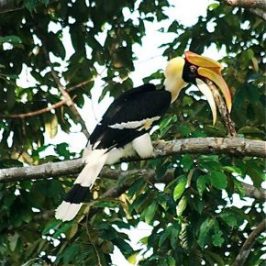