“Lots of Little Egrets (Egretta garzetta garzetta) in the city and possible to get close, using the car as a hide, when they are at an open sewage/septic tank/pond to fish [above image shows a small section of the group]. There were 35 at this site. And I used the opportunity to get some observations on breeding plumage transformation. I took serial images of birds and used these to determine three issues: change in facial skin colour, chest and back plumes, and nape plumes. I was not able to see/photograph all equally well and could not confirm all three each features areas in each bird.

Summary of observations:
“1. Change in facial skin colour (n=25) – 28% were non-breeding (yellow), 60% early breeding (light-faded/dirty yellow) to 12% close to full breeding (early blue-violet). The composite image below shows a comparison of three birds that show the transition from non-breeding yellow facial skin to a light-faded/dirt yellow to a developing blue-violet (close to full breeding).

“2. Nape plumes (n=20) – these were the hardest to be sure of, 40% had none, 40% a short plume and 20% a long plume. I could have missed short plumes in some. The above image also shows a comparison of the same three birds showing nape plume transition. “3. Chest and back plumes (n=22) – 5% had none, 77% had some and 18% had extensive plumes. The above image shows a bird with some chest and back plumes while the image below shows extensive such plumes. Again these are possibly subjective as they can be fluffed. But all except for one bird (out of 22) had at least some plumes. Key points:
“1. In local literature (Wells 1999) it is stated that Little Egrets start to develop breeding plumage in early February. Here a sizable number are developing it in late December.

“2. There is discordance between these three breeding plumage changes. The chest and back plumes seem to come first (more common/developed in the group), the nape plumes second and changes in facial skin colour last.

“Of course I cannot be certain which are first winter and which are older adults.” 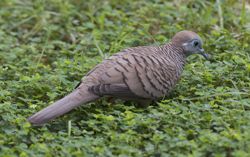 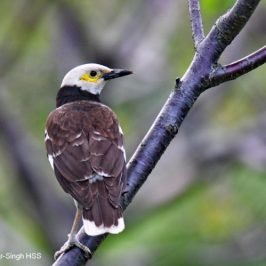 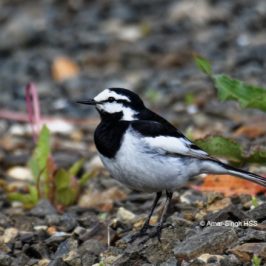