At about 1000 hours on 16th December 2012, there was a sudden raining of fruits coming from my ceram palm (Rhopaloblaste ceramica) outside my bedroom window. Attracted by the noise of the falling fruits, I was pleasantly surprised to witness a flock of 8-10 white pigeons with black wing feathers and tails pecking on the fruits. These were Pied Imperial-pigeons (Ducula bicolor), rare non-breeding visitors or are they free-flyers from the Jurong Bird Park, as suggested by Wang & Hails (2007)? Within about five minutes the flock flew off. 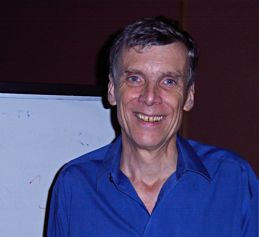 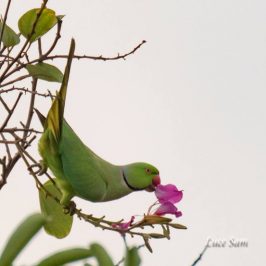 Luce Sam’s images of a Rose-ringed Parakeet (Psittacula krameri) eating a Bauhinia flower (above, below)...