William Ip encountered a leucistic Javan Myna (Acridotheres javanicus) at Singapore’s Little Guilin in October 2012. It was walking alone on the grasses, rejected by the other Javan Mynas, even attacked by some.

Partially and fully leucistic mynas have also often been observed HERE, HERE and HERE. Normally the normal mynas will reject their leucistic conspecific but there was an instance when they were foraging together LINK. 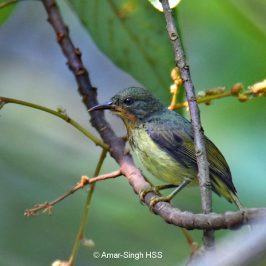 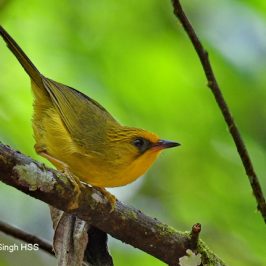