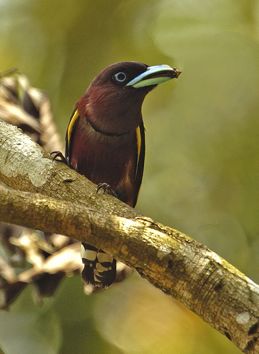 Broadbills make up a small group of tropical birds of the family Eurylamidae. There are...