“In May 2012, I visited the Haute-Savoie region in France and was enthralled by the breath-taking beauty of Lake Annecy (above). “While taking a stroll along its shores one evening, I was able to witness a Great Crested Grebe (Podiceps cristatus, French name: Grèbe Huppé, above) diving underwater in search of prey. As the shallow waters of the lake were crystal clear, I could observe the Grebe paddling away. Occasionally, it would surface with a little fish in its pointed beak. After swallowing the slippery snack, it took a quick breath and plunged back into the turquoise water again. Each dive would last between one to two minutes on average. Apart from fishes, the Great Crested Grebe also feeds on aquatic molluscs, insects, as well as algae (Chantelat, 1989). “Other avifauna inhabiting this lake include the Eurasian Coot (Fulica atra, French name: Foulque Macroule, above), 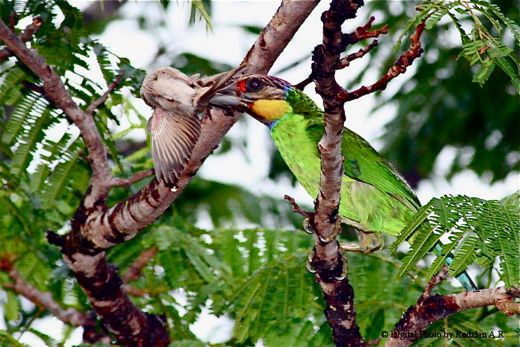