“After an absence of several months, I have just logged on to the BESG site and seen the articles on the increased sightings of jungle fowl in Singapore. This species is quite common in Hawaii. Attached are some pictures that I took there, where the jungle fowl is abundant in some public parks. Sorry that the pictures are not of high quality, but they had to be taken in a hurry as it was raining.

“Still, you can make out that the birds are probably not pure-bred Red Junglefowl (Gallus gallus), but are most likely hybrids between various types of jungle fowl and domestic chickens. They lack the white ear patches found on many pure-bred red jungle fowl. However, all have the ability to fly.

“Hawaii is full of introduced bird species, many of which have displaced the native species. The jungle fowl, being a general feeder, has been able to adapt itself quite well. Hopefully, it can also re-establish itself in Singapore.” 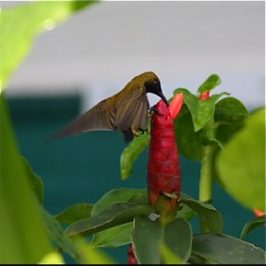 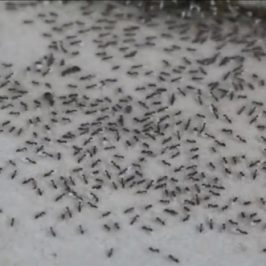 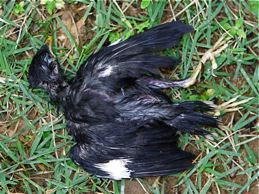 The recent post on the Javan Myna (Acridotheres javanicus) chick that was predated by a...