“Had an opportunity to return to the fruiting Macaranga bancana (Common Mahang) and spent 2 plus hours there planted in one spot with my tripod.

“Saw many more species coming to feed on this fruit. Saw an adult male Blue-and-white Flycatcher (Cyanoptila cyanomelana) feeding throughout the 2 hours (intermittently returning) – cannot be sure it is the same bird all the way through. Saw many episodes of feeding but did not capture them on camera as it has this habit of fluttering to reach the fruit and seldom returns to the same perch (see Wells, 2007. The birds of the Thai-Malay Peninsula: Vol. 2 Passarines), plus shy and some episodes hidden by foliage.

“Wells (2007) on food/foraging: ‘…sallying for insects … several records of birds feeding in fruit-laden trees …. but with no confirmation of the actual taking of fruit, versus insects…’

“There was no doubt that the primary food during the two hours of my observation was fruit. It competed with other birds and the Mugimaki Flycatcher (Ficedula mugimaki) for fruit. 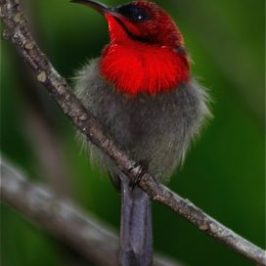 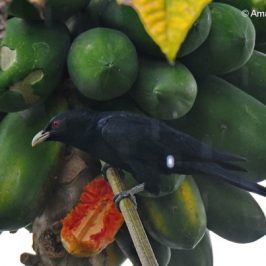 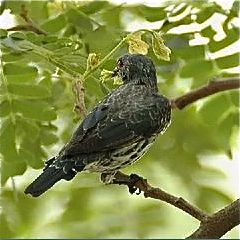 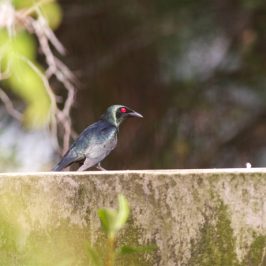