“A bird wave or mixed foraging party is when birds of different species rush through the forest together. This activity allows for insects and other prey to be disturbed/dislodged and fed on. It is a common activity in the highland jungles that I almost never fail to encounter. Although it happens in the lowland jungles, the frequency is less common in my experience. What it does for me is, it gives me an opportunity to observe less common birds that joins the activity.

“One small write up by me on highland events: HERE. [An earlier account on highland bird wave can be accessed HERE.]

“Encountered two lowland jungle birds waves recently at the same location, [trail through dense primary forest near a rushing stream]. One on 1st October 2011 and the other 22nd October 2011. “I have not previously spotted the Black-winged Flycatcher-shrike and the Velvet-fronted Nuthatch at this location. Both are “near-threatened” locally.

“Posting of the male Velvet-fronted Nuthatch is at the top. This is the Sitta frontalis saturatior subspecies with less white and more magenta and grey on lower throat and belly (Wells 2007). A very photogenic bird and a delight to watch again after a long while. The composite shows the male female differentiation which is primarily the black stripes behind the eye which is present in males (left). Their soft ‘sit-sit’ calls were heard.” 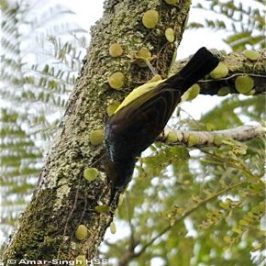 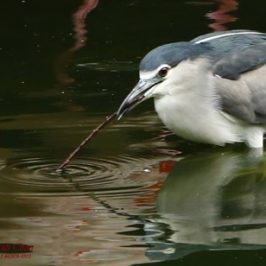