As shown in the image below, Lim Kim Seng posted his letter that was rejected by BirdingAsia, on the Nature Society (Singapore)’s website on 21st July 2011. It ran for a few days until I was alerted to it and posted my response and background information on the morning of the 27th. On that evening, both posts were removed. Whoever ordered the removal did not have the courtesy to inform me. I suppose if I had not posted my side of the story, Kim Seng’s letter complaining of my paper that appeared in BirdingAsia five years ago would still be there. For the benefit of those who are interested and have yet to read the postings, the complete account is reproduced below. It may not be about bird behaviour, but it definitely has something to do with a birdwatcher’s strange behaviour. 1. In June 2006, “Forty years of birding and ornithological research in Singapore” was published in BirdingAsia, Bulletin of the Oriental Bird Club (OBC). It was authored by YC Wee (YC).
2. For all of five years nobody officially challenged the contents of the paper.
3. Then in July 2011, Brian Sykes of the OBC’s Publications Committee contacted YC on a possible response to Lim Kim Seng’s (KS) “Letter to the Editors” that was submitted to BirdingAsia.
4. YC drafted a reply for OBC. About a month later Brian informed that the OBC Publications Committee had reviewed both letters and decided that neither would be published as the contents would not be of interest to most of their readers.
5. YC accepted the decision but KS was most unhappy with it.
6. In a tongue-in-cheek e-mail, YC suggested to Gloria Seow that KS’s letter and YC’s response, both that were rejected by OBC, be published in the Nature Society (Singapore)’s Nature News (NN).
7. Gloria responded in an e-mail on 15th July that Alan Owyong, Chairman of the Bird Group, will publish both letters on the Bird Group website. According to Gloria, NN’s editor, “the general readership will not be interested to follow something that happened 5 yrs ago. It is definitely not ‘news’ in the traditional sense of the word. So we will not publish this.”
8. Then on 21st July, KS’s rejected letter appeared on the Nature Society (Singapore) website as a news item under the banner “Birding in Singapore.” – See Annex A.
9. Now that KS has made his letter public, YC is reproducing his response (See Annex B) to set the records straight – although he would prefer that we forget this strange and bizarre episode. For after all, why bring up something that was published five long years ago? Furthermore, it is inconceivable to believe that KS would take that long to finish reading the paper, or even take that long to comprehend the contents…

Annex A:
Letters to the Editors
Birding in Singapore

I refer to the article by Y. C. Wee ‘Forty years of birding and ornithological research in Singapore’ (BirdingASIA 5, June 2006.) For the sake of accuracy and completeness, I would like to make the following observations and updates:
It is a pity that Wee’s article only covered the 40 years from 1966 and therefore ignored the important contribution of the internationally renowned philanthropist and bird photographer Loke Wan Tho who was active in the formative years of the Malayan Nature Society (MNS), both in Singapore and Malaysia. His book A company of birds featured his famous photographs and his observations of birds in Singapore, Malaysia, India and New Guinea (Loke 1958).
The article failed to recognise that Lim (1992) was not an account on birds in general but in effect the country’s first Red Data Book on birds. Research for that book led to the inclusion of 52 nationally threatened birds in the first ever National Red Data book on threatened plants and animals (Ng & Wee 1994).
Wee also failed to mention that MNS first published a pocket checklist in 1984 (Briffet 1984). The team that compiled this (with the addition of Sandra Sabapathy) was largely the same group that helped Chris Hails make his recommendations to the Singapore government on ways to improve the city’s bird populations in 1985.The checklist is still available today, further editions having been published in 1991, 1999 and 2007 (Lim 2007). The 1999 and 2007 editions featured Chinese and Malay names of birds to foster an interest in nature amongst the non-English speaking community and pre-dates the 2003 Chinese publication mentioned by Wee as the only available Chinese language publication on birds.
Wee’s asserts that the expatriate western community was more into the pursuit of birding than the local population. However, by the mid to late 1970s, when I first attended outings of the MNS, it was about 50-50. Now it is dominated by locals.
Wee also alluded to the seeming difficulty faced by ornithologist David Wells in obtaining copies of Singapore Avifauna after 1990 when he relocated from Kuala Lumpur to England. Wee suggested an exodus of experienced writers and lack of material as the problem. However, the problem actually was its production, since its editors compile the newsletter in their spare time. It changed from a monthly to a quarterly in 1990 so that the workload for the editorial committee could be reduced. It did not have anything to do with lack of material, as Wee suggested. In 2008, Singapore Avifauna (http://wildbirdsingapore.nss.org.sg/indexG.html) became an on-line newsletter, thereby cutting out the work of collating and mailing to subscribers and having the advantage of being freely available worldwide.
Even though ornithological field research in the local universities remained restricted to pest birds as Wee stated in his article, there were post-graduate studies done by Nature Society (Singapore) (NSS) members involving ornithology. Ho Hua Chew studied the globally threatened Straw-headed Bulbuls Pycnonotus zeylanicus on Pulau Ubin (Ho 2000) and Trixie Tan followed by studying the same species on mainland Singapore (Tan 2001). In addition, the NSS Bird Group also helped to assess the bird diversity in the Nature Reserves, at the request and with the support of National Parks Board between 1993 and 1997 (Lim 1997).
Currently, birding in Singapore is experiencing very exciting times with the publication of more new books and sound recordings (Sutari 2003, Davison et al. 2008, Lim 2009 and Lim & Lim 2009), and the participation of digital photographers, who together with dedicated birdwatchers are adding to our knowledge of the wild birds of Singapore.

Annex B:
Letters to the Editors
Birding in Singapore

I am rather puzzled by Lim Kin Seng’s letter declaring his unhappiness over my June 2006 article in BirdingASIA. Why did he take all of five years to realise this? Is this his attempt at highlighting the finer points of his group’s achievements, rather than drafting a proper paper and having it accepted for publication?

My article was a brief review of birding in Singapore, not an exhaustive study. It was never my intention to list each and every publication, however trivial they are. After all, I did refer readers to Wang & Hails (2007, then still in press) for a more detailed account of early publications, where mention is made on Loke Wan Tho’s book.

The work of Lim (1992), claimed to be the basis of the inclusion of “52 nationally threatened birds” in Singapore’s Red Data Book, cannot be verified, as there is no such reference in Ng & Wee (1994). Furthermore, the Red Data Book only includes 19 species that are endangered and vulnerable, not 52.

Western birdwatchers led the birding community right up to the late 1980s. They may not always dominate in numbers at outings, but they definitely dominated in terms of expertise and experience. And when conflict arose and they left to birdwatch on their own, the local birding community gradually turned to recreational activities, watching but not studying birds. Only in the early 2000s when competition in the form of bird photographers and the Bird Ecology Study Group entered the field, did local birdwatchers stirred somewhat from their complacency (Wee & Tsang 2008).

That David Wells had difficulties obtaining Singapore Avifauna from his base in the United Kingdom cannot be denied. This was despite being an Honorary Advisor to the newsletter and his willingness to subscribe to it (Wee & Subaraj 2009). Those few copies that he managed to lay his hands on were courtesy of a few disgruntled members of Lim’s group. Is there a necessity to bring this issue us again?

Volunteers have always been involved in collecting field data and compiling them for publication. An enlightened and proactive leadership will always attract enthusiastic and passionate volunteers. Can leadership be a factor that fewer volunteers came forward to do the work earlier undertaken by many, resulting in decreased and delayed issues?

The lack of materials available for publication can easily be confirmed by a quick count of the total number of pages of the different volumes of Singapore Avifauna. For 1987-89 (monthly-issue volumes), the total number of pages is 261, 387 and 397 respectively. The total pages for the six issues in 1990 are 220. Quarterly issues from 1994 can only be assessed for 1992 (91+ pages) and 1994 (62 pages), as other volumes were incomplete. It was only when the issues went online that pages came somewhat nearer to the early volumes (2008=303pp; 2009=318pp). Furthermore, many regular contributors are glaringly absent in the 1990s issues. In addition, accounts of interesting bird behaviour that peppered early issues are significantly reduced (Wee & Subaraj 2009).

Lim’s mention of the two dissertations by locals studying in overseas universities is irrelevant to my reference of research done in local universities. Anyway, dissertations, unless published in scientific journals, do not generally contribute to public knowledge. This is because such dissertations are seldom, if ever, made available for public scrutiny.

Indeed, the dynamics of birding in Singapore has changed for the better with the entry of bird photographers and the Bird Ecology Study Group (Wee & Tsang 2008, Tsang et al. 2009), not to mention the forced rejuvenation of the leadership of the Bird Group (Wee et al. 2010). 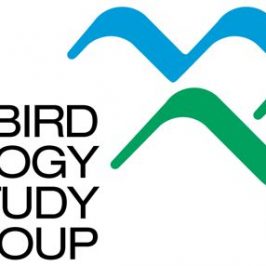 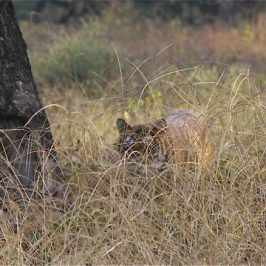 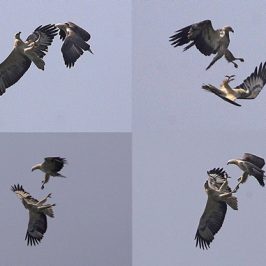