Johnny Wee and Lena Chow encountered the globally near-threatened Asian Golden Weaver (Ploceus hypoxanthus) (above left) building their nest in Tampines in May 2011 (below). This is an exotic species, first sighted way back in 2003. As far as we can ascertain, these are the first series of images showing nest building in Singapore.

Unlike the nest of the Baya Weaver (Ploceus philippinus) which is retort-shaped with a long dangling entrance tube, this nest is a messy structure with a side entrance (above right). “…I understand that if the male Baya Weaver fails to build a proper nest, the female will reject it and the male has to build again,” wrote Johnny. “I suppose the female Asian Golden Weaver is not so fussy.” Dr DR Wells has this to say, “Yes, indeed they are Asian Golden Weavers. Quite exciting if they establish and become self-sustaining in Singapore (no way of predicting this, and no such indication when I wrote Birds Thai-Malay Peninsular) as the species is in trouble over a good part of its natural range. Important to find out which subspecies is involved, continental or Javan; I will need to do some research. The ‘funny nests’ in other attachment [LINK 1 and LINK 2] are immature baya practice structures. Have Singapore’s Streaked Weavers survived? If yes, again, geographic origin needs investigating.”

Wells (2007), in a footnote on weavers on page 686 states: “A few Streaked Weavers Ploceus manyar, of uncertain geographical origin, have occurred feral on Singapore island since at least 1991 (Ollington and Loh 1992). Some have nested (BIRDLINE 1997; Ollington et al. 1999) but with no known success or sign yet of expansion beyond tiny numbers, and no suggestion of self-sustainability.”

R Subaraj has this to add: “As I have mentioned before, Asian Golden Weavers have been seen off and on over the years, mainly at Lorong Halus. However, they have been mere escapees, with no evidence of nesting or establishing themselves. If they are nesting at Tampines, then this would be the first attempt at establishing a feral colony but monitoring must take place over a few years to determine if this is successful in the long run, before they can be added to the Singapore checklist. As for the Streaked Weaver, they are still a feral species, in small numbers, at a few places, including Lorong Halus and Neo Teiw.” 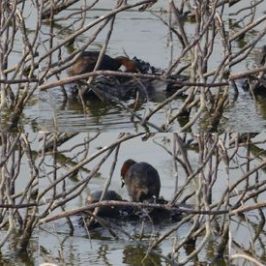 “Came across a rather barren pond i.e. no vegetation. But had 6 Lesser Whistling Ducks... 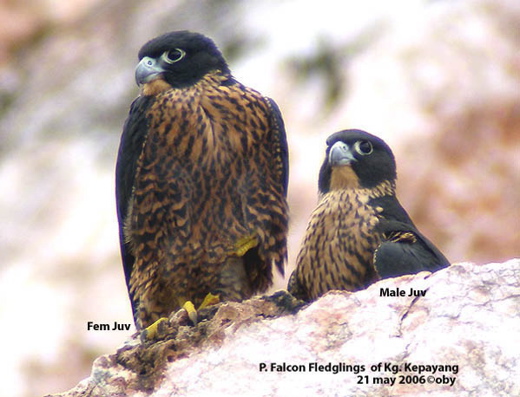