Over the years we have made a number of posts on termite hatches. This is when winged reproductive male and female termites are forced out of their nest, to swarm in the air, indulging in a massive nuptial flight. This usually occurs just after a downpour. A male and a female pair on the ground after losing their wings, to then seek out a site for their nest and build a future colony. There, they mate. The queen then begins to lay massive numbers of eggs. Initially both individuals will feed their young but once the latter mature, they will take over this function as well as look after the queen.

Once termite hatches were a common sight in urban Singapore. Nowadays these are only seen around rural and forested areas. A major hatch was reported HERE where numerous birds enjoy a veritable feast of these insects.

Now, Lena Chow has brought back an exciting video of a termite hatch documented in Chitwan National Park in Nepal during her April 2011 trip there (above). “After a brief downpour at Chitwan, thousands of subterranean winged termites emerged from their burrows,” wrote Lena, “and provided a veritable feast for bee-eaters, swallows, bulbuls, drongos and whoever was in the vicinity… (see video below).” The image on the left, a video grab from the first video, shows the winged reproductive termites emerging from their subterranean nest, to swarm in the air. According to biologist Dr Leong Tzi Ming: “…The vegetation looks like there has been a recent fire, but the moist ground reflects the even more recent rains. The winged-termites systematically emerging from their underground home are the reproductives or alates. They will go forth and multiply, seeking new ground and opportunity for the persistence of the species. Scrambling on the ground, both soldier and worker castes may be seen (arrowed; see also top video). The soldiers may be recognised by their enlarged orange heads with blackish mandibles. Upon closer inspection, it looks like there are major soldiers (larger) and minor soldiers (smaller) within this colony. The workers are relatively smaller in size, with a greyish white appearance.” 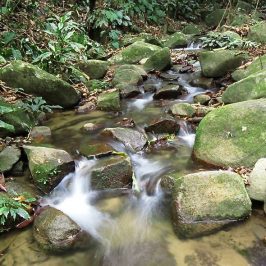 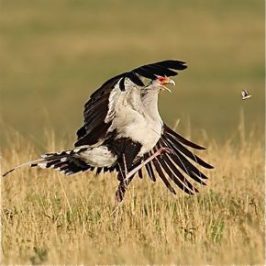