Ficus villosa is a climbing fig plant easily recognised from its densely hairy leaves and orange, pear-shaped figs with a prominent protruding opening. With maturity the 8 mm diameter figs turn orange. And birds love the ripe figs, as with nearly all figs.

The June 2010 fruiting season saw Dato’ Dr Amar-Singh HSS keeping watch on these plants at the Kledang-Sayong Forest Reserve in Ipoh in the Malaysian state of Perak. Also seen on that day was a female Red-Throated Barbet (Megalaima mystacophanos mystacophanos) (above right). Two days later he sighted at least three Brown Barbets (Calorhamphus fuliginosus hayii) (below left), one female and two males. A month later a lone adult Blue-eared Barbet (M. australis duvaucelii) came to feed quietly, spending about 10-15 minutes before resting a while then continuing to feed (below right). Unlike the bulbuls and flowerpeckers that pecked on the figs to swallow the pieces, the barbets took the whole fruit and mashed it between the massive mandibles before swallowing. Occasionally they would also bite off parts of the fig and then swallow the bits.

On 15th June, a pair of Hairy-backed Bulbuls (Tricholestes criniger criniger) came to feed on the Ficus villosa. These birds are rarely seen except during the figging of this plant. 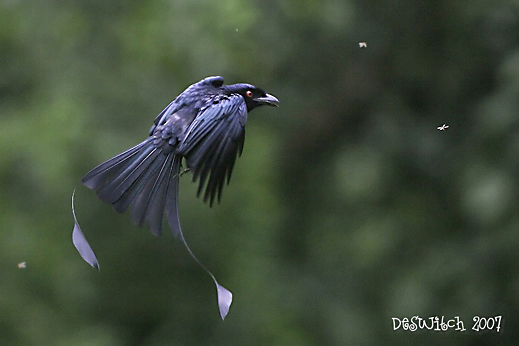 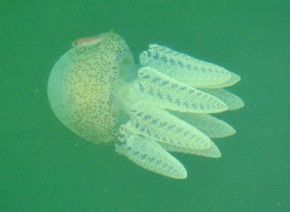