Mark Chua was on a safari in Kenya recently where he had the opportunity to photograph the magnificent Ostrich (Struthio camelus) roaming the African plain. Standing nearly 2.1-2.75 m tall and weighing up to 130 kg, with the female slightly shorter and lighter, this is the world’s largest and heaviest living bird. Although flightless, the Ostrich is a powerful runner, capable of touching a speed of 70 kn/h.

The image above shows a male Ostrich with his brood of chicks. He has a harem of a “major hen” and a few “minor hens” or secondary females. After mating with his major hen, he leads her to one of several nests he has prepared – shallow scrapes of about three metres across. This major hen starts a clutch, laying an egg every two days for the next two weeks. Minor females also lay their eggs in the same nest. Incubation is undertaken by the male and his major hen. He incubates during the night as his dark plumage (above, right bird) will make him conspicuous to predators during the day. She takes the day shift as her less conspicuous plumage provides her with better camouflage (above, left bird).

When the female sits on the eggs, she will rearrange the eggs such that hers will be in the centre. Thus should predators come for the eggs, hers will be relatively safe.

The chicks are looked after by the adults in the group. 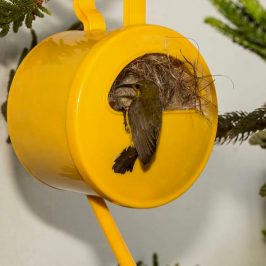 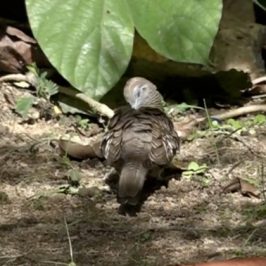 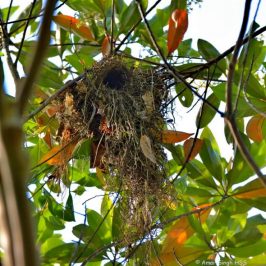