“This morning while my husband and I were passing a car at the Singapore Botanic Gardens car park, the sharp and excited chic-chic-chwee call of the Crimson Sunbird (Aethopyga siparaja) caught our attention. As we stood to watch my husband took some images of the crimson sunbird confronting its own reflection (above).

“I remembered a similar behaviour captured last year at Ubin and back home I found the images taken on 30th May 2009 at House 363B. A Crimson Sunbird was also flitting about seeming to confront its own image (left).

“Is this behaviour quite common with the Crimson Sunbird when it sees its reflection?

Note: This is a common behaviour whenever a bird sees its own reflection. Earlier posts can be seen HERE. 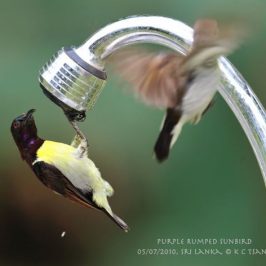 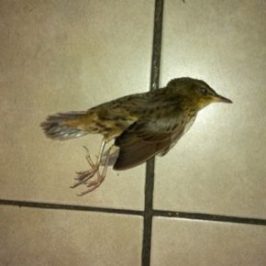