An earlier post dealt with the eyelids of the Spotted Dove (Streptopelia chinensis) where it was mentioned that the upper eyelid can only be lowered half way over the eye. The closing of the eye is thus achieved by moving down the upper eyelid to meet the lower eyelid that moves up to the halfway point (below left). Subsequent images obtained when the Spotted Doves were indulging in allopreening show that the upper eyelid can and does move lower than the halfway mark, contrary to what the literature says. In this case the lower eyelid does not come into play in the closing of the eye (above right). A point to note is that the upper eyelid is translucent. Thus when the eye is closed as a result of the dropping of the upper eyelid, the bird is still able to see what is going on around. I am not an ornithologist or an avian morphologist. And I have not been successful in seeking out any literature on the eyelids of the Spotted Dove. My interpretation of the morphology of the eyelids is based solely on my images. It would be ideal to be able to examine a specimen, either live or dead, but the opportunity did not arise. As such, I welcome alternative interpretations.

Check out this post on the eyelids of the Brown-throated Sunbird. 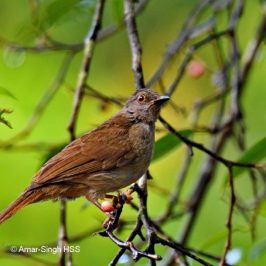 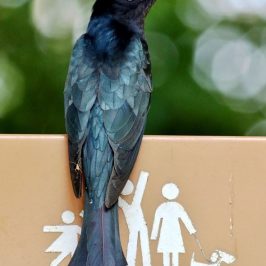 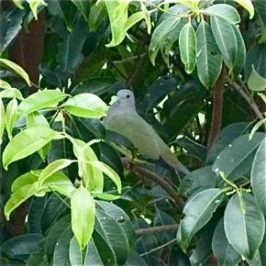