“We were camping in the Temengor Forest Reserve, Ulu Perak, Malaysia when we heard the continuous hooting calls of this Oriental Bay Owl (Phodilus badius). It was about 8.15pm. We went searching while the owl continuued making the calls with occasional pausing, probably to watch us from the tree. We searched for quite sometime before one of us spotted it on a branch of a tree. We took some shots and were surprised to see a rodent in its mouth. It continued hooting through the night even after we left the site. I was awake around 3.00am in the morning and could still hear the owl calling.

“There are a few puzzling questions that I hope someone could share the answers.

1. Why did the owl calls with its mouth full?
2. Why did it calls for at least 6 full hours?
3. What rodent species is that?”

Note: We sent the image to nature consultant R Subaraj who responded: “A very nice photo of the Oriental Bay Owl. As for its prey, it seems to be some sort of forest rodent but without measurements and having the head blocked, I cannot confirm which species it is.” 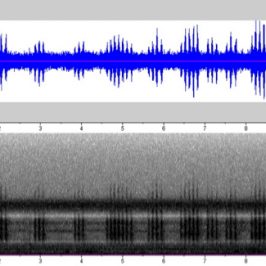