“White-headed Munia (Lonchura maja) are decreasing in number in the Malaysian city of Ipoh in Perak. The same situation is probably seen in other areas in the region – trapping for pet shops and loss of habitat, at least in cities and urban areas, are major reasons. However there are still some large flocks to be seen, as in this field and some overgrown Chinese cemeteries around Ipoh (above). “One of their favourite foods is the Elephant grass (Pennisetum purpureum) abundant in this field.

“Because of the fire I was able to get closer to them, near the road and using the car as a hide, to document plumage.” 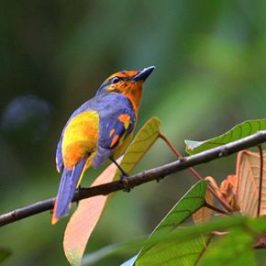 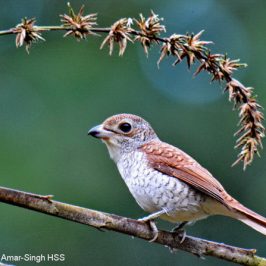 “The Tiger Shrike (Lanius tigrinus) was also seen at the seeding bamboo thicket often but... 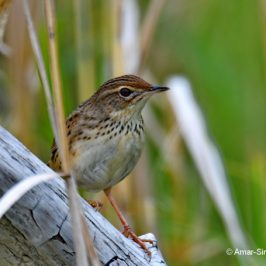 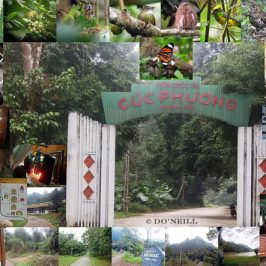