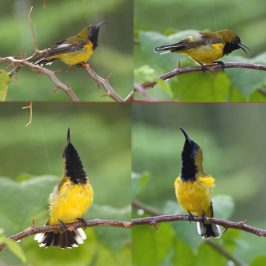 The above video came from Lena Chow who caught the Oriental Magpie Robin (Copsychus saularis)...