The adult bulbul was collecting nesting material, hovering in mid air to peel strips off a palm trunk. 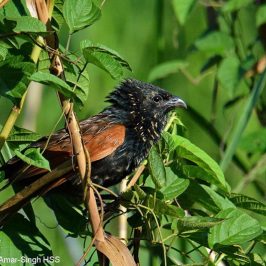