William Ip observed a group of Milky Stork (Mycteria cinerea) feeding in the Sungei Buloh Wetland Reserve on 7th November 2009. One of them caught a big fish. The three storks were fighting for the prey and finally one of them won and took it away. Unfortunately, it found the prey just too big to swallow after almost 15 minutes struggling with it. It gave up and the other two fought for it again. Both found it not possible to take in the fish. Finally, the fish was left under the hot sun, dead. Surprisingly, a monitor lizard passed by but did not take the fish either. 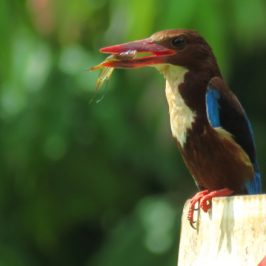 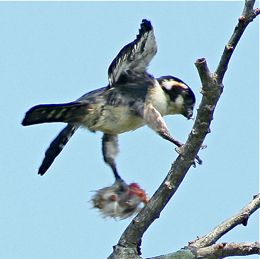