“Was very kindly alerted by Chiu that there were three Black Baza ( Aviceda leuphotes ) at the Chinese cemetery near my home yesterday. So early this morning, at the tail end of our usually cycling, my wife and I passed that location to check it out. Found a lone Black Baza at edge of another Chinese cemetery 1.5 km from the site mentioned above. Rushed home and got my gear. It was still there but lighting was poor (about 7.45 am, cloudy).

“The Black Baza was quite compliant for some pictures and then it flew deeper in. I followed into the cemetery (overgrown) and saw it land on a tree with more than 30 Black Bazas. The above picture shows 23 birds among the Golden Shower trees (Cassia fistula). At this time I was overrun by a swarm of mosquitoes and returned to my car to get some repellent. When I returned they had flown even deeper into the cemetery. I drove around the margins of the cemetery and spotted them again and got some pictures from a distance. “I managed to get the cemetery caretaker to let me in from the front entrance after explaining what I was about. However in his excitement at seeing a flock of raptors he startled them.

“It was quite an awesome sight to see more than 30 (my estimate 32-35) Black Bazas fly close overhead. I wish I had a 35 mm lens to catch the sight!

“They flew in the direction of the golf course and I spent the next 1.5 hours trying to locate them by driving around the margins of the course, but could not – the first time I regret not being a member of the golf club.

Comment by Avril McLeod: “This reminds me of an influx of Black Baza recorded from Tambun Height between 6th Jan to 28th March 2002, reported by me in various emailed updates at the time.. Unfortunately, my computer was out of action with a particularly nasty virus around mid-end of March 2002, so I am not sure of the date of the last report. However, the highest number recorded was on March 23rd at 13.45 hours when a staggering +/-150 were seen circling over the garden and adjacent area before gaining height and moving on. The final date was March 28th with a further 27 having been recorded. In 2003 between 29th Jan and 3rd March numbers were reduced and the final total was 141. Sadly, nowadays, I see very few, if any, Black Baza in this area, along with a several other species which seem to have disappeared from the scene. Habitat-wise nothing has changed.” 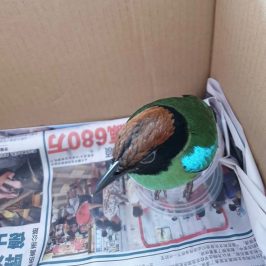 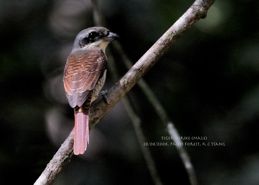 KC Tsang sent this comment on 2nd October 2008: “This was the first time that... 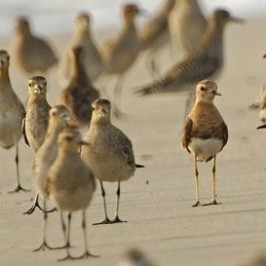