Dato’ Dr Amar-Singh HSS sent in his encounter with three male White-throated Kingfisher (Halcyon smyrnensis) in a courtship display in the presence of a female bird. It was way back on 2nd January 2007 in Ipoh in the Malaysian state of Perak.

“The three male kingfishers were perched high up on electrical (high tension) wires. The three were fighting for the attention of the single female who was perching ‘passively’ nearby, watching the display (above).

“There was some aerial ‘dive bombing’ to displace each other from the higher wires. The males at times would ‘face off’ doing displays in front of each other – perhaps to intimidate the other.” 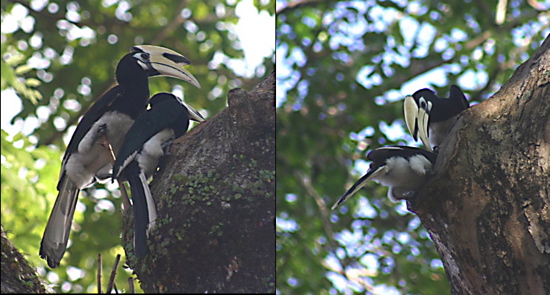 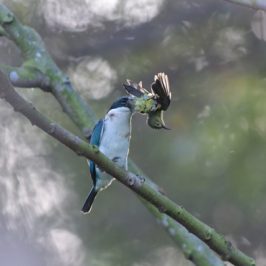