A pair of Oriental Magpie Robin (Copsychus saularis) built their nest behind a light fixture outside Steven Neo’s house recently (above left). According to Steven, “The nest was initially very badly built and part of it was falling off the gap between the light and the wall. I improvised a black box and blocked the gap while the bird was away…” It is a simple cup-shaped nest made from fibres, pliable stems, roots, etc.

The female laid four mottled eggs and incubated them, leaving only to look for food (above right, below). There was no sign of a male around. Unfortunately the eggs failed to hatch, as they were most probably not fertilised. Steven believes that the absence of males around his housing estate, most probably caught and caged by residents, has led to the sad situation where the female lays unfertilised eggs.

“The nest is still intact at my house, minus the eggs as they were going bad,” adds Steven. 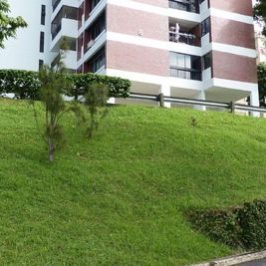 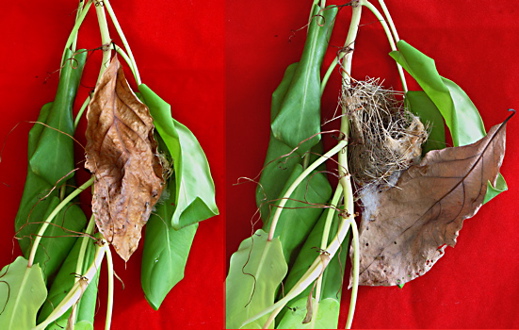