Terry Kaan came across a road kill while jogging down South Buona Vista Road on the morning of 15th November 2009. It was at the junction with Vigilante Drive that the Red-Legged Crake (Rallina fasciata) was found. He only had his iPhone with him at the time to record the event. “I live below Kent Ridge Park, and jog frequently there at all hours. But I have never seen a crake there,“ recounts Terry.

Ng Bee Choo adds, “…I believe the Red-legged Crake is quite common, often overlooked as they are shy. A long while ago it was found at the house Clive Briffett stayed while he was with the National University of Singapore, one of those black and white houses at Kent Ridge.” 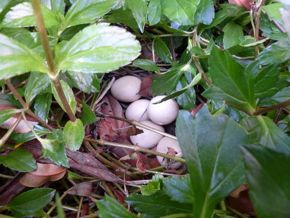 “Discovered a clutch of 5 Red Junglefowl (Gallus gallus) eggs 2 days ago following a... 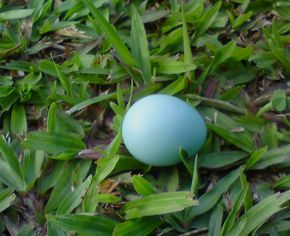 “One would think that the Easter Bunny has decided to come early this year, judging...