It was a pleasant surprise to receive an unsolicited ‘comment’ from Lee Chiu San on the occasion of our million blog hits. The text is reproduced below to serve as an encouragement to the people behind it – contributors, photographers, BESG panel of technical advisors, visitors and more…

“To YC and the others helping to put together this site.

“Congratulations for the amount of work that you put in and the quality of the discussions. YC and I had a mutual friend (the late Professor Roland Sharma of the Zoology Department) and he knew that even more than 40 years ago I already had a strong interest in nature.

“Since retirement, I spend much time on various nature discussion sites, and I can say unequivocally that BESG is the best site that I visit, both locally and internationally.

“I know what is needed to put together a good publication, having been a professional journalist and editor for half my working life (I spent the other half in a more respectable job, as a car salesman).

“This BESG site is frequently updated. The information is either accurate or open-ended, meaning that discussion is invited. I commend the contributors for not being afraid to sometimes say that they do not know.

“And the tone of the arguments has (generally) been logical. The language used here is certainly of a higher order of civility and relevance than that used in the Straits Times Interactive On-line Forum.

“A site of such quality does not develop by itself without the efforts of people who not only have enthusiasm but also the right quality of thought.

“No wonder it has garnered over a million hits. Let’s look forward to the second million.

“Thanks again to the BESG Team.”

Note: I knew of Lee Chiu San by reputation as he used to write for the local Straits Times in his capacity as racing correspondent. Yes, we had a common friend in the late Roland Sharma of the then Zoology Department, National University of Singapore. Roland was heading the then Malayan Nature Society (Singapore Branch) as Chairman with me as Secretary. I lost contact with Chiu San until he started accessing this blog in 2009 and made a post. Then in the recent ORA dinner, I met him by chance after so many decades. YC

The Bird Ecology Study Group has just breached yet another milestone – a million hits.... 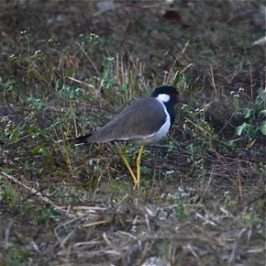 Part 1 of the Passage to India can be viewed HERE. This is the second...