Mike Koh a.k.a. astro08 photographed a Crimson Sunbird (Aethopyga siparaja), a male juvenile in the process of moulting into his adult plumage, collecting nectar in an unconventional way. The bird is actually stealing nectar, puncturing the sepals when the flower is still in the bud stage. The flowers look very like those of the tapioca plant, also known as manihot (Manihot esculenta).

An earlier moulting stage of this sunbird can be seen HERE. 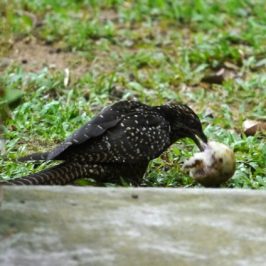 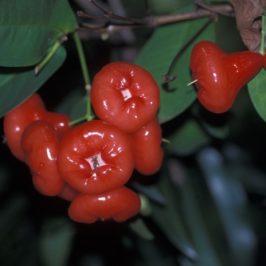