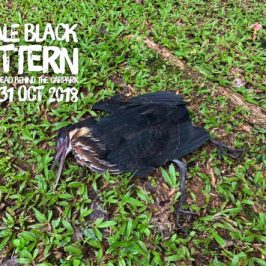 On 31 October, I found a dead male Black Bittern (Ixobrychus flavicollis) on the grass... 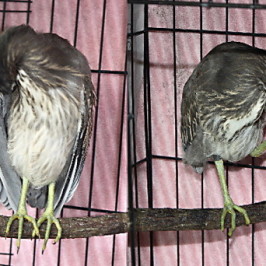