Lee Tiah Khee’s February 2009 images of the Wood Sandpiper (Tringa glareola) show the bird taking a bath in the morning (above), after which it dries itself and preens its feathers (left).

This bird is a common winter visitor and passage migrant. The first significant-sized groups reach Singapore by the end of July, with waves coming through in August to January. The bird departs from February to April back to its breeding grounds in the Palaearctic region.

In their breeding grounds, this sandpiper generally takes aquatic insects. Elsewhere, all types of insects and their larvae, spiders, worms, crustaceans, molluscs, small fishes, frogs and sometimes seeds are taken. Method of foraging includes gleaning, probing or sweeping its bill through shallow water or soft mud. It can also catch flying insects from the air.

In the image on the left, the sandpiper has just caught an aquatic invertebrate in its bill, to subsequently swallow it. 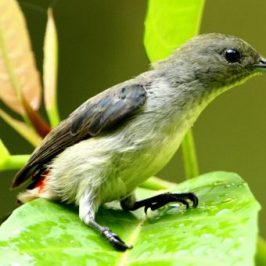 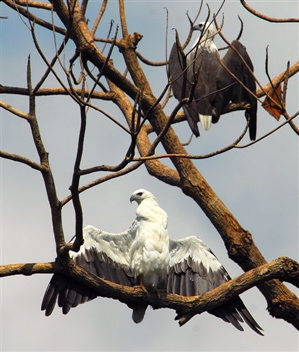