The photographic forum NaturePixels.com was a-buzzed with photographers discussing field ethics after Mike Tan a.k.a. woof recounted his unpleasant encounter one evening in June 2009. A photographer was standing too close to a Little Tern (Sterna albifrons) chick. But what upset Mike most was that she moved forward, picked up the chick and placed it on a flat surface to photograph it. All the time the parents of the chick were screaming overhead, even diving at the oblivious intruder.

Obviously the photographer was unaware that she was stressing the birds – the chick as well as the adults. When informed that one should not be too near the subject when photographing birds and not handle the chick, she was initially responsive but not for long. Her excuse was that she thought the chick was somehow stuck to the nest.

Eric Pooi responded that he once encountered a Malaysian Plover (Charadrius peronii) chick that played death when it noticed him approaching. It totally refused to move, this being its survival tactics. He added that new birders and photographers should be aware of this.

Low Choon How a.k.a. dominator recounted his experience: “…There was this day when I was alone shooting the Collared Kingfisher (Todiramphus chloris) nesting. This person simply appeared and stood directly under the tree!” The kingfisher was nesting in a cavity in the same tree. The photographer did not respond when told to move some distance away.

Harry recounted a photographer who walked right up to a nest of an Olive-backed Sunbird (Cinnyris jugularis) and peered into it.

It is heartening to know that photographers are policing themselves in the field. It is important to know that we are stressing the birds when we get too close to them; when we physically handle them, especially the chicks; when we keep on flashing nesting birds at a close distance; when we expose active nests by trimming branches, such that predators can easily locate them… However, we need to understand that newcomers, be they photographers or birdwatchers, are generally unaware that they are doing harm to the birds by such behaviour in the field.

It takes time and experience before a newcomer becomes conscious of this fact and follows good field ethics. Even the best and most experienced of birdwatchers may start off being obnoxious in the field. This is a fact that no one can deny. Being exposed to experienced field hands, especially those who practice good field ethics, will help newcomers become more considerate themselves.

So the next time anyone comes across bad field ethics, please be patient and explain as nicely as is possible that we do not condone such behaviour. And if any newcomers read this post, please be more considerate to the birds you are stalking. 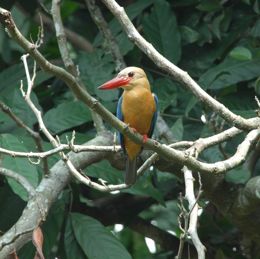 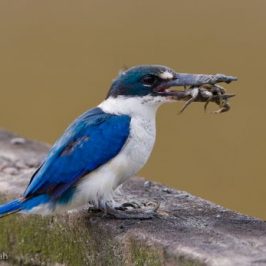