“The story of this bird at Kinabatangan Jungle Camp in Sabah, West Malaysia, is quite interesting as narrated by ‘Towkay Burong’ Mr. Robert Chong. The bird was rescued sick from the river bank, was not able to fly thus made it easy to be captured. This was a few years back, was taken to the camp, nursed back to health by the camp workers. Food came in abundance from the camp kitchen in the form of chicken and beef pieces as I had noticed. With such nutrition it is of no small wonder that the bird recovered.

“This bird is free-ranging and is still wild, it would return to the camp when it feels the need to have some easy pickings, but it could also disappear for some months during the mating season.

“Birds can thus learn to associate humans with food and thus not become afraid of us. That is if we were to demonstrate to the birds that we bear them no harm. So some bird guides from Goa, India to Thailand and some other places had learned this to their great advantage, charging bird photographers a hefty fee for the easy opportunity of a quick photo fix. However I am not against this form of commercial enterprise, as it is of benefit to the three parties involved. Maybe in the longer term the locals could see the benefits of nature conservation.” 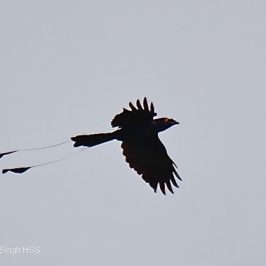 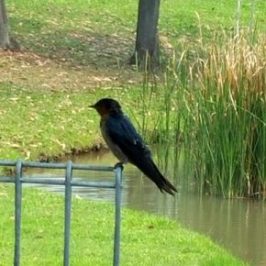 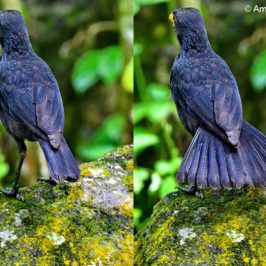 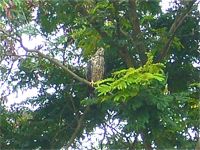