Marcus Ng came across three Oriental Pied Hornbills (Anthracoceros albirostris convexus), one male and two females, feeding in a rambutan tree (Nephalium lappaceum) at Chek Jawa in Pulau Ubin near the NParks ranger hut. They spent about 15 minutes foraging near the canopy. The fruits were mostly green although a few were beginning to ripen. The birds were plucking and swallowing the mostly unripe fruits whole.

Is there any information on how hornbills eat rambutans? Do they remove the skin first before swallowing it? Apparently not in this case. What happens to the skin after the flesh is scrapped out in the gizzard? Probably ejected out together with the seed?

Can the hornbills be taking the fruits, storing them in the gullet before transporting them to the chick in the nest? Possible but not probable. There were two females and a male at the tree and one of the females may possibly be a juvenile. But there were no loud begging cries suggesting that it was not a recently fledged chick.

Prof Richard Corlett, who is studying seed dispersal by birds, believes that the skin would be regurgitated, as hornbills regularly do so with large seeds.

Image by Marcus Ng of The Annotated Budak. 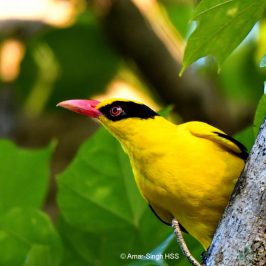 “The Black-naped Oriole (Oriolus chinensis maculatus) usually takes fruit or animal prey (below). “I have... 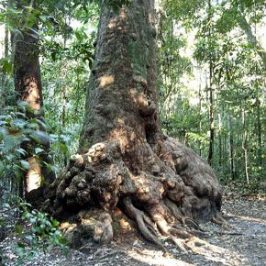 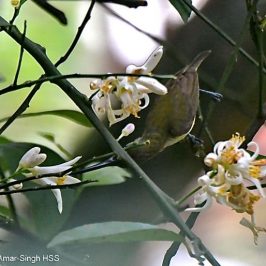 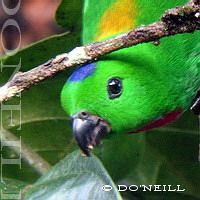