GS Soh photographed a Blue-naped Parrot (Tanygnathus lucionensis) in Tanjong Aru, Kota Kinabalu, Sabah, Malaysia in March 2009. The parrot was gnawing at the unripe fruits of the sea almond (Terminalia catappa) to get at the seeds. It also took young inflorescence stalks.

This parrot is found in Palawan and the Philippines, reaching a few islands off Borneo. Its occurrence in Tanjong Aru has been suggested to originate from escapes (Smythies, 1999).

It feeds basically on plants – fruits bark, leaves, flowers and buds. As for sea almond, the Blue-naped Parrot has been reported to take young leaves and fruits, but not young flowering inflorescence. 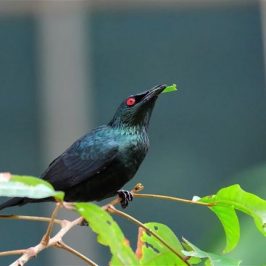 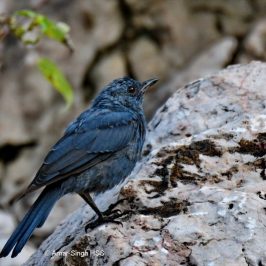