Calvin Chang a.k.a. deswitch documented two species of spiderhunters at Bukit Tinggi, Malaysia, harvesting nectar from flowers. The image above (left) shows a Streaked Spiderhunter (Arachnothera magna) on an ornamental banana plant (Musa ornate). That on the right shows a Little Spiderhunter (A. longirostra) on a ginger plant. In both, the bill of the spiderhunter is covered with whitish pollen. As they visit one flower after another, they effect cross pollination.

According to Gill (2007), a flap covers and protects the nostrils of some birds, especially diving and flower-feeding species. The former needs to keep out water while the latter to keep out pollen from entering their nostrils. 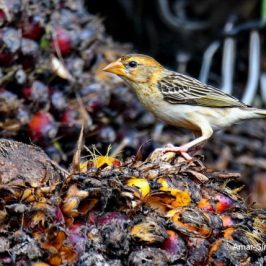 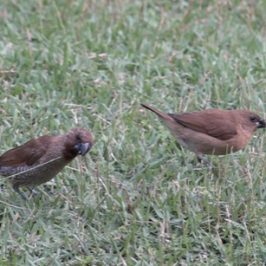 I do not mow my lawn. I simply remove the taller grasses and other weeds,... 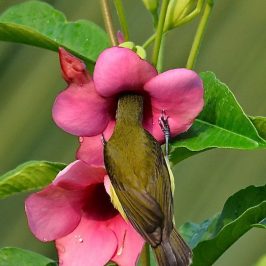