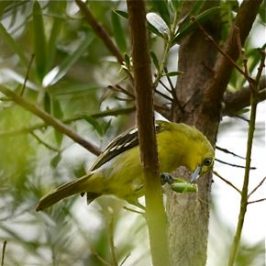 “I was attracted to the chirping of 4 Common Iora (Aegithina tiphia) up in some...