Johnny Wee managed to photograph an Oriental Dwarf Kingfisher (Cyex erithacus) at Lower Peirce Reservoir. The bird was around for about two weeks. Being an uncommon winter visitor and passage migrant, it will soon move on, after fattening itself these past few weeks.

In its bill was something it had caught earlier. Initially thought to be a skink, it was disputed by R Subaraj who thought the legs do not point to that, besides the body appears a little too white-washed.

Johnny thought it could be a frog. So the image was sent to Dr Leong Tzi Ming who finally identified it as a possible Copper-cheeked or White-lipped Frog (Rana chalconota). This nocturnal frog inhabits the forest edge, moving on the ground and up trees. 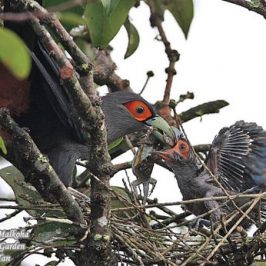 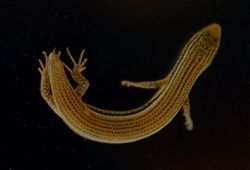