“I was at Jelai in Fraser’s Hill and witnessed this bird making a meal of a struggling Atlas Moth. The laughingthrush took its time as it literally ate the moth alive. The moth was struggling to get away to no avail. No prize for guessing who won the battle.”

According to Wells (2007), the animal foods of the Chestnut-capped Laughingthrush is little known. However, “around mountain-top communications installations local residents emerge daily to take insects stranded after being attracted to floodlights.” This would imply that moths would be a regular source of food – except that birdwatchers have not reported this, leaving it to a bird photographer to do the documentation.

Allen (1953) reported an adult bringing a caterpillar to a nestling. 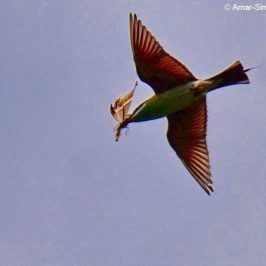 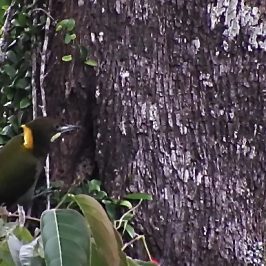