“I was on a flight back to Singapore this morning and we had a bit of a drama during the approach and landing.

“First it was an approaching thunderstorm from the South of Singapore that caused all aircraft to land from the opposite direction away from the storm. It was during this high workload period when I was changing the arrival when I heard a Japanese airline’s pilot report that he had a bird strike after take off.

“The controller was very busy rearranging the traffic for the new landing direction and probably did not understand his accent the first time round. The pilot came back with a much more urgent voice saying that he had a bird strike. A second controller came back to him and asked if there was any significant damage to the aircraft and if he could continue normal operations. The pilot reported that they could continue normal operations and was just reporting a bird strike on take off.

“By then we had already sorted out the new arrival in the computer and we commented privately that he was lucky it was just a single bird strike and not a whole flock of birds. Flashes of pictures of greenshanks came to my mind and I remember yes… winter is here and so are the waders. A whole flock going into an engine would probably cause some serious damage. “Just when my blood pressure and heart rate went back to normal, the controller told us to change to the adjacent runway with not much distance to go before touchdown. They said they were closing the assigned runway for inspection due to the birdstrike.

“Blood pressure went up again and here we go messing around with the computer and flying the aircraft trying to align with the next runway. And just when we were a few km from touch down. They told us to be careful of birds in the vicinity.

“I looked out and saw 3 *WBSE just in front and below the aircraft. Now I understand the Japanese pilot’s concern! Being hit by a WBSE is definitely not the same as being hit by a sparrow or myna. The birds were visibly distressed from the way they were flying and for a moment I though that another one was going to be chewed up as it soared upwards towards the aircraft. Luckily it rolled over upside down and passed under the aircraft.

“Must ask the experts about the breeding season for WBSE. Might be the juveniles in a family group that got too close to an aircraft and paid the ultimate price for it.

“Any landing you can walk away from is a good one….”

Our Bird Specialist R Subaraj commented: “The White-bellied Sea-Eagles usually breed around February/March but young birds do stay with their parents for quite a while after fledging.”

Check out the article by Prof NS Sodhi HERE if you want to know all about bird strike. 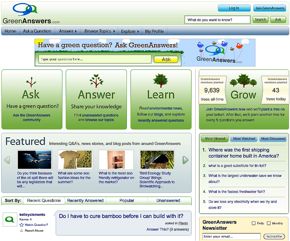