The male Crimson Sunbird (Aethopyga siparaja) is eye-catching because of its prominent crimson head, back, throat and upper breast.

In a juvenile male bird, the crimson is not apparent until later when individual crimson feathers develop as the bird moults from a juvenal to a breeding plumage. As individual breeding feathers develop, the redness appears in scattered patches as seen in the image above (right)

However, an adult male during the non-breeding period sheds most of his crimson feathers on his head and breast, taking on an eclipse dress. When the next breeding season comes, he will develop his colourful plumage once again. 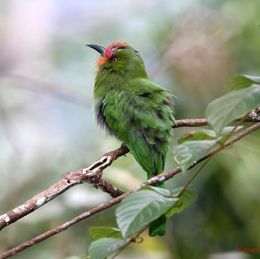 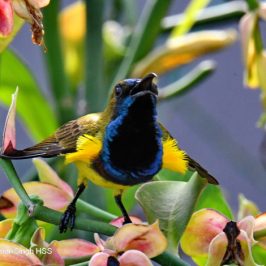 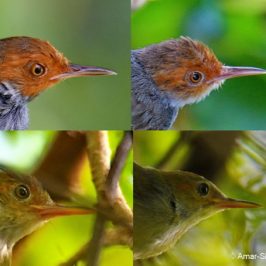