On 2nd June 2008, Johnny Wee was witness to a Grey Heron (Ardea cinerea) at the Chinese Garden in Jurong catching a fish. The heron was in the shallow water when it sighted a fish nearby. With a swift move, it caught the fish and flew off to dry land. There, it took about 15 minutes to manipulate the tilapia before it could swallow it head-first.

After swallowing the fish, it went to the water edge to drink – a total of five times before it was satisfied. The fish was flattish and broad. Was it a little too wide for the heron to swallow comfortably, so that it needed water for “lubrication”?

As with kingfishers, owls and bee-eaters, the indigestible parts are eventually regurgitated in the form of a pellet. 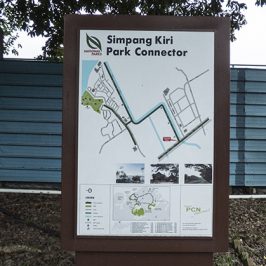 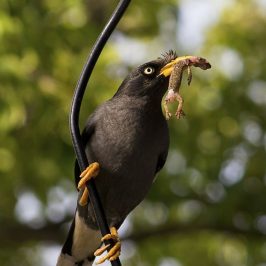 “I did a quick search and mynahs eating geckos have not been documented on BESG....