“Chestnut-bellied Malkohas (Phaenicophaeus sumatranus) are considered uncommon, nationally near threatened, and globally near-threatened species, so it is with great luck that I was able to come across two birds in the same morning. I believe one of them was a female, however based on my fleeting observations of the two I am not able to tell. “The morning was blessed with bright sunlight, and the two birds were obviously enjoying having a sunbath. And with their dark coloured feathers, they would be able to gather heat from the sun with greater efficiency. It also was suggested that they may be anting, however on examining my pictures, could not see any evidence of it.” Sunning is another method of feather maintenance, besides water and dust bathing, preening and anting. In sunning, birds adopt varied postures. Both or one wing may be extended and the tail feathers spread out. The bird usually lies on the hot ground with its head lowered and tipped to one side. It may remain motionless for some time, but not in the case of these malkohas.

There are two earlier posts: One shows a malkoha sunning on the ground but the observer was not able to get near for a close-up shot, unlike the present encounter. The other shows malkohas sunning themselves on the branches of a tree.

We are more familiar with sunning by cormorants and anhingas, not so with other birds… 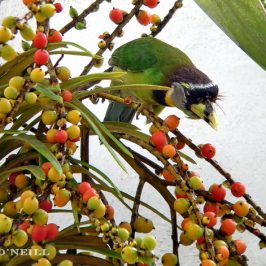 “The Orange-Headed Thrush (Zoothera citrina) has been a regular visitor to our backyard for some... 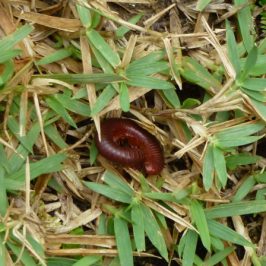 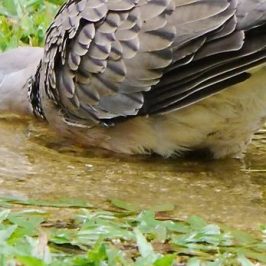 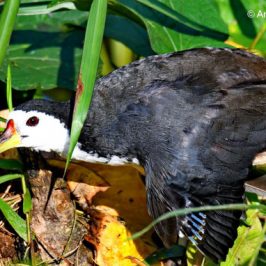