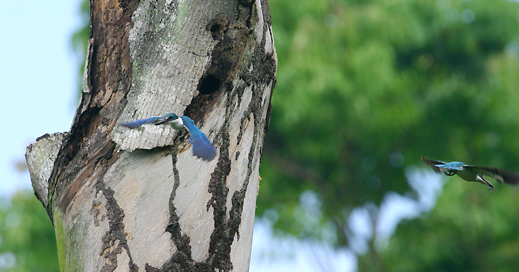 Most birds will try their best to distract potential predators from their nests, usually by...