Drongo nests are fragile-looking structures built around a fork of a branch of a tree. It is a shallow cup made up of plant materials that can include pliable stems that include grass and creepers, fibres, tendrils, leaf skeletons

Wells (2007) has reported on the nests of a few species. The nest of one Ashy Drongo (Dicrurus leucophaeus) was camouflaged on the outside with lichens and bryophytes and felted with cobwebs. Greater Racquet-tailed Drongo (Dicrurus paradisus) is common in the forested areas of Singapore. The nest is built high up in the thin branches of a tall tree (above). According to Wells, it is “a cradle slung through the rim from terminal twigs or prongs of a horizontal fork towards the outer end of a branch, quite often in an area bare of leaves…” Cobwebs are used to bind the nest to the branch. It is described as a fairly open lattice, the contents of which can be seen from below. The nest cop measures 7.7-9.0 cm across by 3.8-5.1 cm deep. The Lesser Racquet-tailed Drongo (Dicrurus remifer) is a montane species seen at Fraser’s Hill in Peninsular Malaysia. The nest is more or less similar to that of the Greater Racquet-tailed and Wells describes it as “lined with fine fibre and felted and further secured externally with cobwebs” (above). It measures 7 cm across by 4 cm deep.

A full clutch consists of two to three eggs. Up to three chicks may fledge. During the breeding period these birds are fierce and aggressive.

Images from the book “A Passion for Birds” courtesy of Ong Kiem Sian. 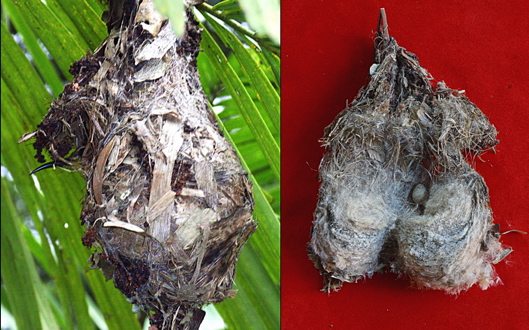 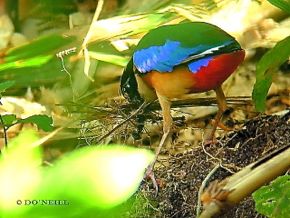 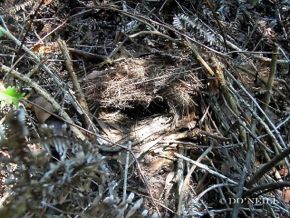 “I returned next morning for more photography and documentation of predated nest, since there hasn’t... 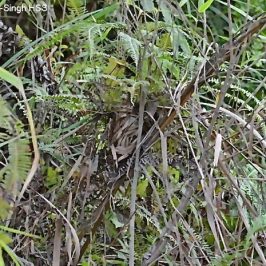 “I returned to this nest of the Pin-striped Tit-babbler (Macronous gularis), I had previously reported...