“On 25th February 2008, John & By Cobb, Shamla Subaraj and I were birdwatchinbg at Seletar Camp. We observed a Collared Kingfisher (Todiramphus chloris) dived down and landed on a road (left top).

“On closer observation, we saw that the kingfisher had captured a Garden Supple Skink (Riopa bowringii) (left bottom). It must have been trying to cross the road when it was noticed and caught. The lizard was struggling in the bird’s bill and after a few more seconds, the kingfisher flew off with it’s breakfast.

“Just a short note to add another prey item to this kingfisher’s menu.” 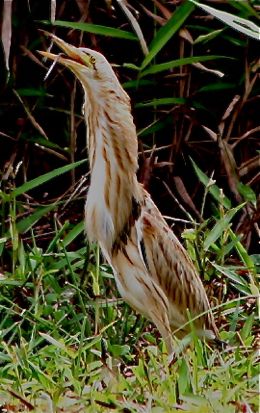