We associate kingfishers with fish, although these birds feed on a wide range of foods. In fishing, the bird sits on a perch overlooking an open expanse of water and patiently waits for a suitable fish to appear. The bird then dives directly into the water, plunging in to catch the fish. Sometimes it hovers over the water before plunge-diving into it.

The fish is caught in its bill, sometimes the upper mandible pierces into it. The fish is then brought back to the perch to be eaten. If the fish is large, it needs to be subdued by bashing its head on the branch before it is swallowed head first.

Lee Tiah Khee shares with us his spectacular images of the Common Kingfisher (Alcedo atthis) making a direct dive into the water (above), plunging in to catch the fish to immediately emerge from the water with the fish in its bill (below). Note that the fish is clamped sideways in the bill. The bird then flies upwards (below left) to return to its perch (below right) where it carefully manipulates its catch so that the head is directed towards its oral cavity for swallowing. 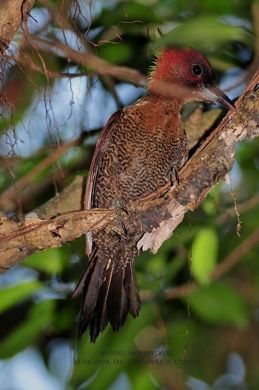