On 5th September, KC Tsang reported: “I was at Sungei Buloh Wetland Reserve (SBWR) this late morning, not very productive as most of the dried ponds were empty of waders, maybe as a result of the tide being low and the birds had gone somewhere else to look for food. There were five Painted Storks, one Milky, one Large-tail Nightjar, usual tailorbirds, one Pied Fantail…

“No Common Kingfisher, no Asiatic Dowitcher…

“…found this one solitary Ruddy Turnstone (Arenaria interpres) still in breeding plumage, right to the back of the SBWR complex, and by that time, the sun was right overhead, but never mind, the picture should be good for ID purposes (left).

“Now, according to David Bakewell from Kuala Lumpur, Malaysia, this bird has been banded before in Singapore.

“So just wondering how many times has he been flying back to Singapore.

According to David Li, Waterbird Conservation Officer with Wetlands International, he communicated with James Gan of SBWR and the latter confirmed that this bird was banded at the reserve in December 2006.

David further added: “With your finding, it seems that shorebirds tend to use the same wintering ground if habitat remains unchanged.”

Ashley Ng of the e-group Pigeon-Hole explained: “…the purpose of bird banding is to keep track of their migration path, both timings and routes for their behaviour study.

“…Green top and white bottom is the color for birds ringed in Singapore.”

According to the latest issue of SBWR’s publication, Wetlands (Vol. 14:1, April 2007), a Ruddy Turnstone was banded in 2001 and another in 23006. The earlier banded bird was not recovered but that banded in 2006 returned in September 2007, thanks to SK’s documentation. Obviously no information on where this particular bird came from is available. 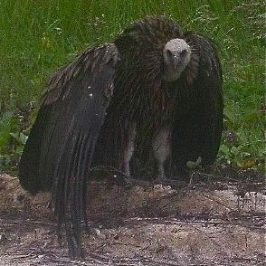