On 9th June 2006, Tang Hung Bun captured an image of a duck perching atop a street lamp along Bukit Timah Road, near Raffles Town Club.

The white duck has a brown back and wing tips and a rusty band across its breast. Its legs, feet, bill and eyes are pinkish.

This duck is new to Singapore. KC Tsang helped identify it as Radjah Shelduck (Tadorna radjah), also known as Burdekin Duck, from the Northern Australian coast and parts of Indonesia.

For at least a year, if not longer, the duck can be seen in the Symphony and Eco Lakes of the Singapore Botanic Gardens. Apparently it has been wandering around the island.

Introduced as a free-ranging bird? Escapee? Incidentally, the Radjah Shelduck is listed as a protected bird in all states of Australia.

Images: Tang (duck on street lamp) and KC (others) 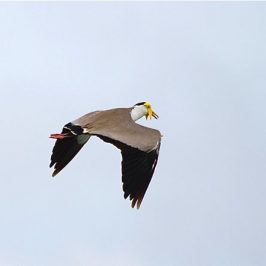 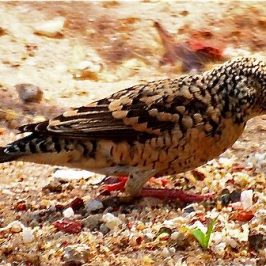 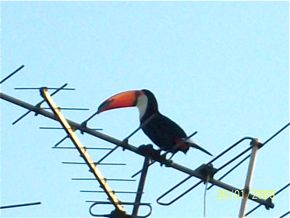