Most of the caterpillars caught on film appear to be green. But what about the colourful caterpillars?

In August last year, I found a clutch of caterpillars munching the leaves of the mistletoe plant (Dendrophthoe pentandra), a semi-parasitic plant growing on my Arabian jasmine (Jasminum sambac). These caterpillars were gregarious, feeding from the undersurface of the leaf as a group. From above you could only see the row of black heads munching close together (below left).

These were the caterpillars of the Painted Jezebel (Delias hyparete metarete), an attractive and common garden butterfly.

The caterpillars began as tiny, 2 mm long creatures. As they increased rapidly in size, they turned from light orange to a darker shade of orange. And their size finally increased to about 25 mm (left).

After feeding for about 13 days, they totally defoliated the mistletoe, leaving only the bare branches. Nowhere to hide, they grouped all along a single bare twig, conspicuous in their gaudy orange (below middle).

The caterpillars were then large, fat and succulent. And they would have made hefty meals to any birds that fly past. After all, caterpillars are a favourite food of birds.

Yet, of the 21 caterpillars that hatched out from the clutch of eggs, 19 survived to pupate. The two that did not reach this stage were not victims of bird predation.

It was only later that I realized why these orange caterpillars were spared from being bird food. Their bright colour should have been a clue. Butterflies, as well as their caterpillars, advertise their poisonous nature or their non-palatability with gaudy colours. And this was exactly what the Painted Jezebel caterpillars did.

Some mistletoe plants are reputed to contain narcotic properties that are transferred to the caterpillars that feed on it. The chemicals are then passed on to the adult butterflies. The fact that the butterflies are colourful probably attest to their poisonous nature (above right). 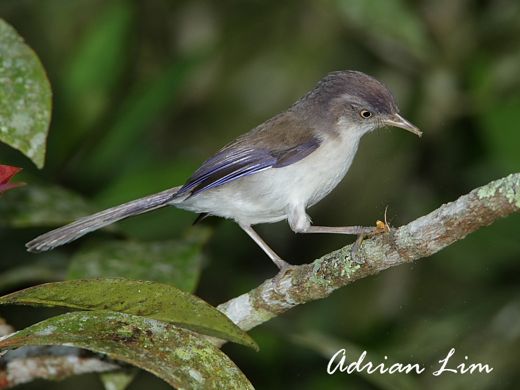