On the morning of 15th April 2005 at about 7.40 am, as I opened my bedroom window, there was a sudden flutter of wings and something collided with the window. Thinking it was a bird-reflection affair, I drew the curtain and peeped out.

There on the lawn was a Javan Myna (Acridotheres javanicus) with a tailless gecko in its bill, eagerly trying to swallow it. Nearby was its mate, excitedly trying to see whether there was another gecko around.

The detached tail of the gecko was lying on the ground outside my window, still wriggling. But not for long. The other bird went for it, having to make do with a lesser meal.

Both called out kreep-kreep-kreep noisily or a few minutes after, hoping to catch another morsel. They left after a while, convinced that there was not another gecko around.

I was not able to identify the species of gecko the bird snatched, which was swallowed in due course. The image above is that of another specimen that has yet be encounter a myna.
.
YC Wee
Singapore
May 2007 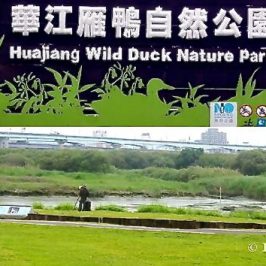 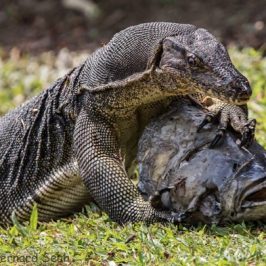 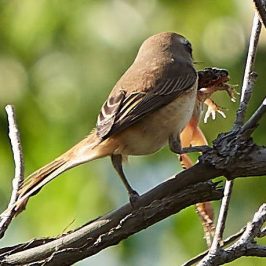