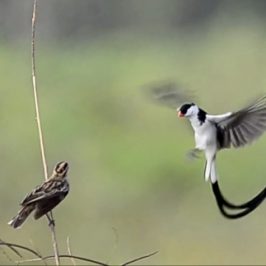 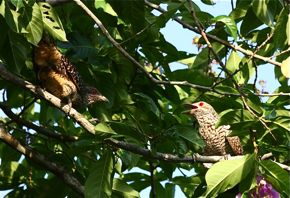 Irfan Choo is sharing with us images he took of a pair of White-breasted Woodswallows...